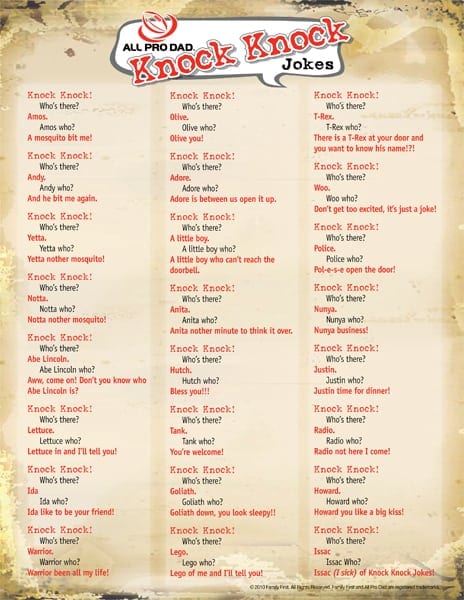 Ever tried a knock knock joke or probably you dont know what a knock knock joke is all about. The fact is that it is actually one of the funniest jokes you can come across. Though some people might find it boring, they are certainly amazing.

Not all jokes are meant for kids, that is why we have specifically listed these jokes for adults. Just make sure the kids are not around while you go through them. But of course the jokes are very funny, so you might not be able to control your laughter.

Butch, jimmy, and joe who? Butch your arms around me, jimmy a kiss, and lets joe. Show, isnt it? Knock knock whos there ? Dishes! Dishes who? Dishes the police come out with your hands up.